Casey Flaherty at Lexpo: 'Technology is first and foremost a question of hard work' 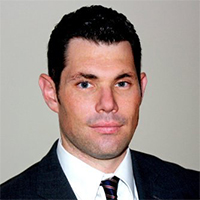 Of course, the outlook for Artificial Intelligence is just plain fascinating, naturally also for the legal sector. But Casey Flaherty, keynote speaker at the upcoming Lexpo innovation event on 21 April, prefers to start off with something a bit closer to home. ‘Technology is horribly important, but it isn't magic. Technology takes a major effort and a lot of time.'

A while back, Flaherty had associates, paralegals and students carry out tasks that were based on his work experience in large American legal practices. The lawyers, paralegals and students were using standard programs for this, like Word, Excel and Adobe. Flaherty spent thirty minutes on the task, the other guinea pigs on average spent five hours.

The reason: lawyers, paralegals and students used only a tiny proportion of the programs. There are all kinds of bells and whistles in the programs that allow you to perform tasks much more rapidly, but you do need to know where to find the bells and whistles and how they work. Flaherty's conclusion: the computer programs are not intuitive enough, and lawyers and future lawyers are not adequately trained in how to use them.

As former legal counsel at Kia Motors America, it was a permanent irritation: this is an inefficiency that the customer is paying for. 'Lawyers are only scratching the surface, quite simply because customers have never required more of them in the past. I want to change that. That is why I made my audit available to other legal counsel. Together we can ensure that this lack of basic technological skills is dealt with. We, the customers, define the market.'

Not only does something need to happen on the user's side of the fence, according to Flaherty. Software developers also need to go back to the drawing board. User interfaces in programs need to become much more intuitive and user friendly. 'The film Minority Report with Tom Cruise shows what an interface can look like. Using hand gestures, Cruise can flip at lightning speed through video clips showing future acts of violence. An interface more or less like that is what I right now personally view as being the holy grail.'

Flaherty – unlike, for example, Richard Susskind – is not pessimistic about the future for lawyers, quite the opposite. He believes that technology will not drive lawyers out of their role of trusted adviser. 'I think that technology can elevate lawyers' work to a higher level. I also think that younger lawyers will be relieved of the simple, brain-dead work. If you look at it this way, technology is a necessary precondition for allowing lawyers to be lawyers.'

Lexpo brings together international top speakers from the legal industry, European legal heavyweights from leading law firms and in-house legal departments and plenty of suppliers of innovative products and services. Lexpo will be held at a central location, close to Schiphol Airport.