Christian Lang, previously head of strategy and the company’s vendor ecosystem, has been promoted to President and Chief Operating Officer and will now also assume oversight over the teams building relationships with and supporting platform users.

Lodewijk Bonebakker, currently head of operations and security, has been elevated to Chief Compliance and Security Officer. He will be charged with maturing the company’s compliance policies and capabilities, critical objectives given the growing number of law firms and legal departments that are deploying third-party cloud applications into private cloud production environments through the Reynen Court platform.

“A former Davis Polk attorney and a true leader in the global legal tech community, Christian has played an instrumental role in establishing Reynen Court,” said founder and CEO Andrew D Klein. “It is no exaggeration to say he is uniquely qualified to accelerate further development on both sides of the first-of-its-kind platform we are now scaling.”

“From our perspective as customer, board member and shareholder,” commented Paul Greenwood, CIO of Clifford Chance, “it has been great to see Christian perform so effectively with both legal organizations and application vendors. We can see he has the skills and energy to further drive platform utilization by bringing more legal organizations and vendors onto the platform while facilitating matches between the buyers and sellers of legal technology.”

“Like Christian, Lodewijk (also known as Bones) has been my partner and a front-line trooper since the early days,” continued Klein. “He has carried broad and varied responsibilities which is often what a start-up requires.  As we scale-up, on the other hand, we now need Bones to focus his vast experience and expertise on making sure that we consistently meet the highest compliance and security standards in everything we do.”

“In just a few short years, Reynen Court has gained strong traction with some of the most demanding legal organizations, and a good share of the credit for that accomplishment lies with Bones,” commented Rene Mendoza, CIO at Latham & Watkins, another customer and shareholder.  “We support fully the company’s doubling down on its security and compliance capabilities by focusing Bones’ time and talents on this important aspect of the business.”

Christian and Bones will continue to report to founder and CEO Klein and serve as peers to Abhishek Mukherjee (Chief Product and Technology Officer) and Kathy Willing (Chief Financial Officer.) 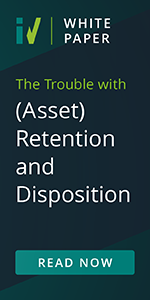